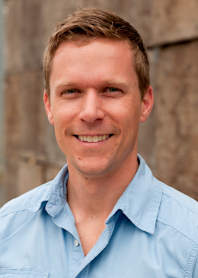 Stratton will continue to teach in history’s Roots of Contemporary Issues program, for which he served as assistant director for several years. Roots is a two-course, first-year-experience cornerstone of the UCORE curriculum. He will also teach history and Honors College courses on race and modern U.S. history.

“It’s a great honor to lead the University Common Requirements Program,” said Stratton. “It is central to the mission of the university. It touches virtually every student on every campus, from their first-year through capstone courses.

“UCORE meets students’ academic needs by advancing knowledge, understanding, and skill development, and it helps them make connections across disciplines. In many ways, UCORE provides a foundation for today’s students to become lifelong learners equipped to analyze, communicate, and solve tomorrow’s problems.”

UCORE courses fulfill general education requirements for baccalaureate degrees. Administering UCORE requires oversight of details surrounding 400 foundational undergraduate courses in numerous disciplines. Each course proposed for consideration must be strategically designed to promote critical thinking and other learning goals; further knowledge of human cultures, the arts, and the natural and physical world; and align with the required curricula of every major at the university.

“Dr. Stratton will be an excellent program leader because of his years of experience with UCORE and the positive impacts it has been assessed to have on undergraduate learning and success,” said Mary F. Wack, vice provost for undergraduate education.

Clinical Associate Professor Stratton has been closely involved with UCORE since he came to WSU in 2010. He helped develop and taught courses, and was assistant director, in the Roots program. He has been a member and is now chair of the UCORE Committee, which recently embarked on reviews for course renewals.

“UCORE will continue to evolve and thrive under his direction,” said Wack.

UCORE was implemented in fall 2012, replacing a set of general education courses that had been in place for several years. The UCORE Committee and Wack have overseen the program operation in recent years; the former director of general education, Richard L. Law, retired in 2010.

As the new director, Stratton is already involved in course reviews, and has reflected on additional tasks. He would like to increase the “range of expertise on the committee,” adding members from areas and campuses not currently represented. He wants to “create a set of mechanisms” to communicate important UCORE news to students, faculty, and academic advisors. He plans to visit administrators, department chairs, and faculty to talk about designing new courses that align with UCORE standards.

A blogger and author, Stratton’s first book, Education for Empire: American Schools, Race, and the Paths of Good Citizenship, was published in 2016. He is currently at work on one related to his hometown baseball team, Race and the Atlanta Braves from Summerhilll to Cobb County; an effort supported by a fellowships from the WSU Arts and Humanities Center and the Office of Research Advancement and Partnerships.

Stratton and four faculty members are under contract with Oxford University Press to develop a Roots book series based on themes from a case study. Stratton’s task if to write about the politics of carbon energy, focused on the theme of environment.

Stratton earned his Ph.D. from George State University, his master’s degree in history from Auburn University, and his bachelor’s from Presbyterian College in history and political science.

Stratton makes his home in Pullman with his wife, Kristen, an interior designer and owner-operator of Smith and Stratton. Their children are: Inman, a six-year-old at Franklin Elementary; Livie, a five-year-old preschooler at Parks and Recreation; and three-year-old Lane.